This collaborative project was like no other, and I am extremely proud to have been a part of it. It was organised in 2012 by a charity called Touched by Olivia, set up by the parents of an 8-month-old baby girl who had sadly passed away. It was to be called ‘Livvi’s Place’ and would be an all-inclusive play area for children of all abilities.

Our job was to create an interactive playscape to form part of a bigger playground project on this site. Our plan was to create a virtual forest – made up of carved totem poles of spotted gum, yellow box and ironbark timber – to sit in a bed of sandstone rocks and native plants. Running through them, a series of spiralling pathways would allow access for kids with disability (a landscape contractor completed all the pathways and construction work around our timber, sandstone and steel installations).

To make the totems extra special, David Ball and I developed a scheme that brought this project to life. David suggested a ‘merry-go-round in the air’, a series of interesting colourful bits and pieces to look up towards, suspended almost as if they were flying around the tops of the totems. To achieve this somewhat fanciful idea, firstly, we tied all the upper totems together with a series of curving steel pipes. Then David cut a series of characters out of steel, including a witch, a spoon, the mad hatter, a frog, a cat, a flowerpot and the cow jumping over the moon. We then fixed these to the pipework above. 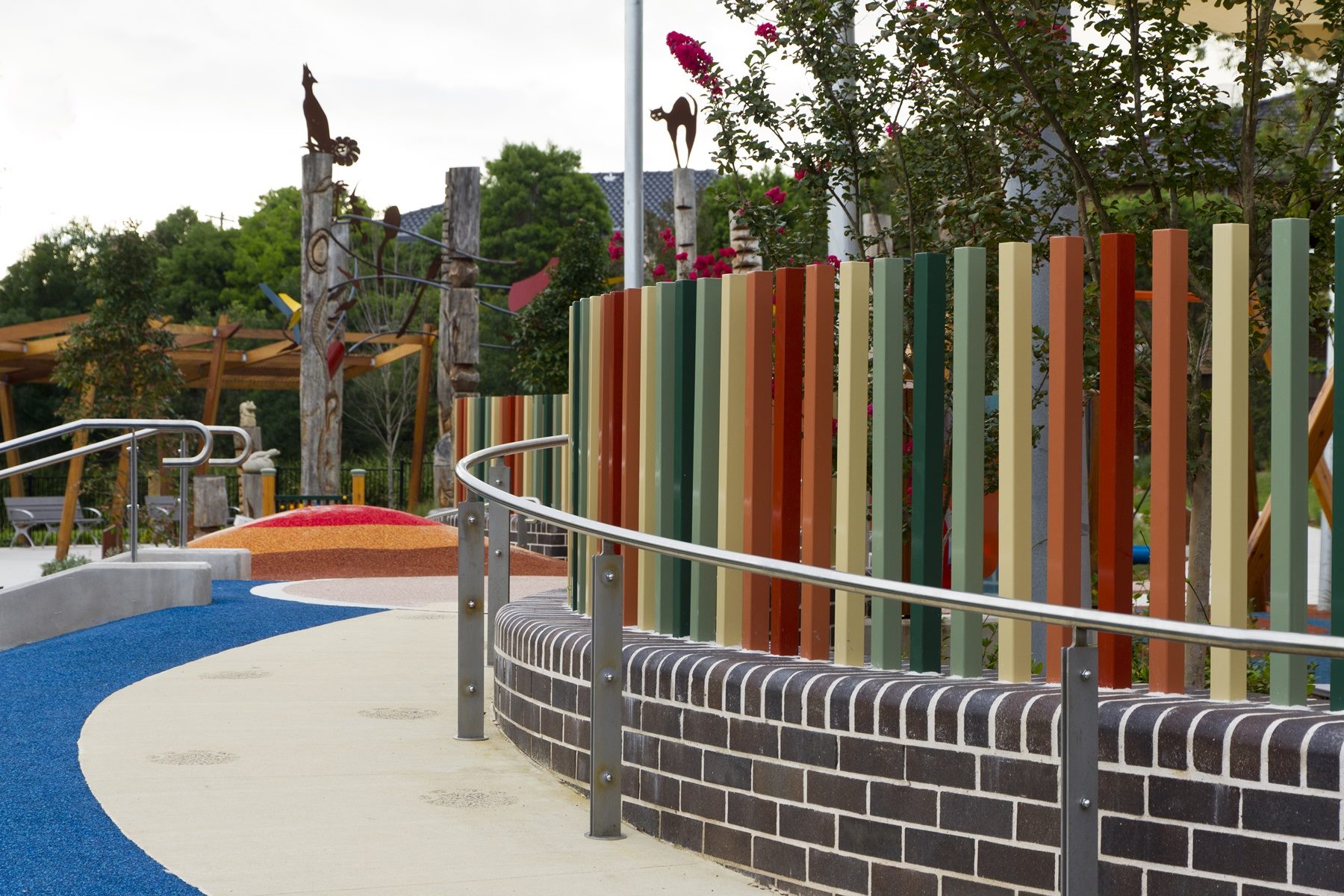 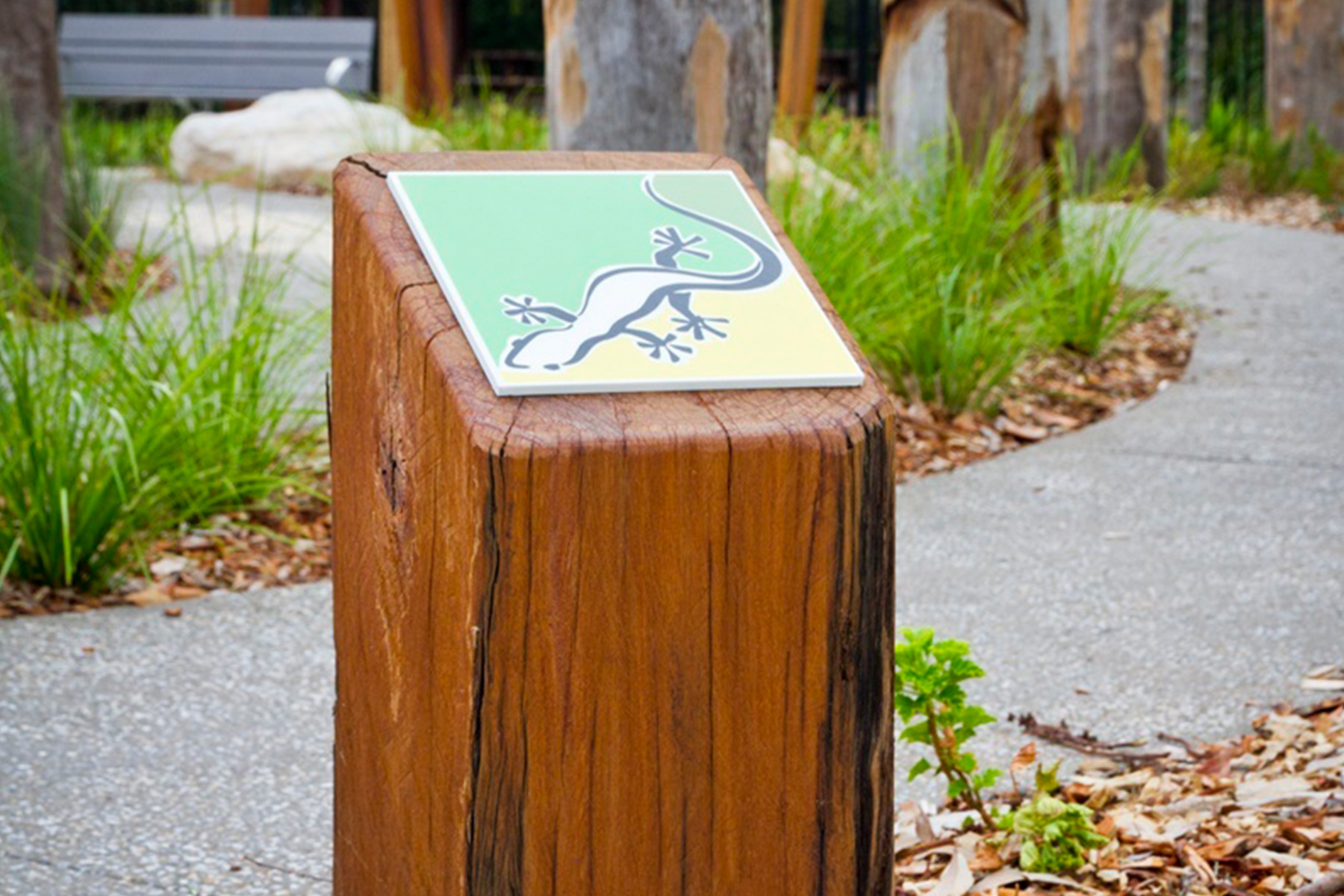 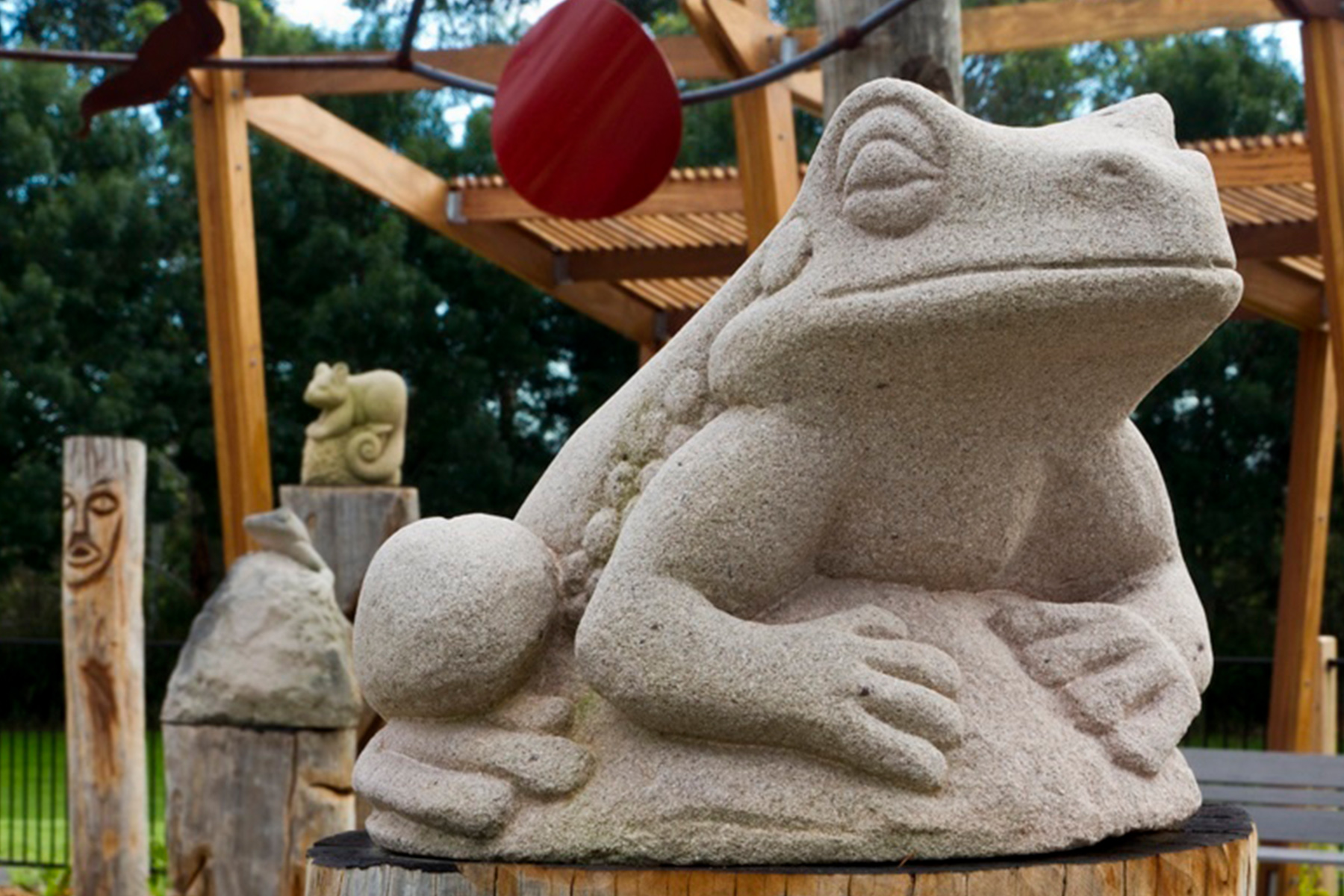 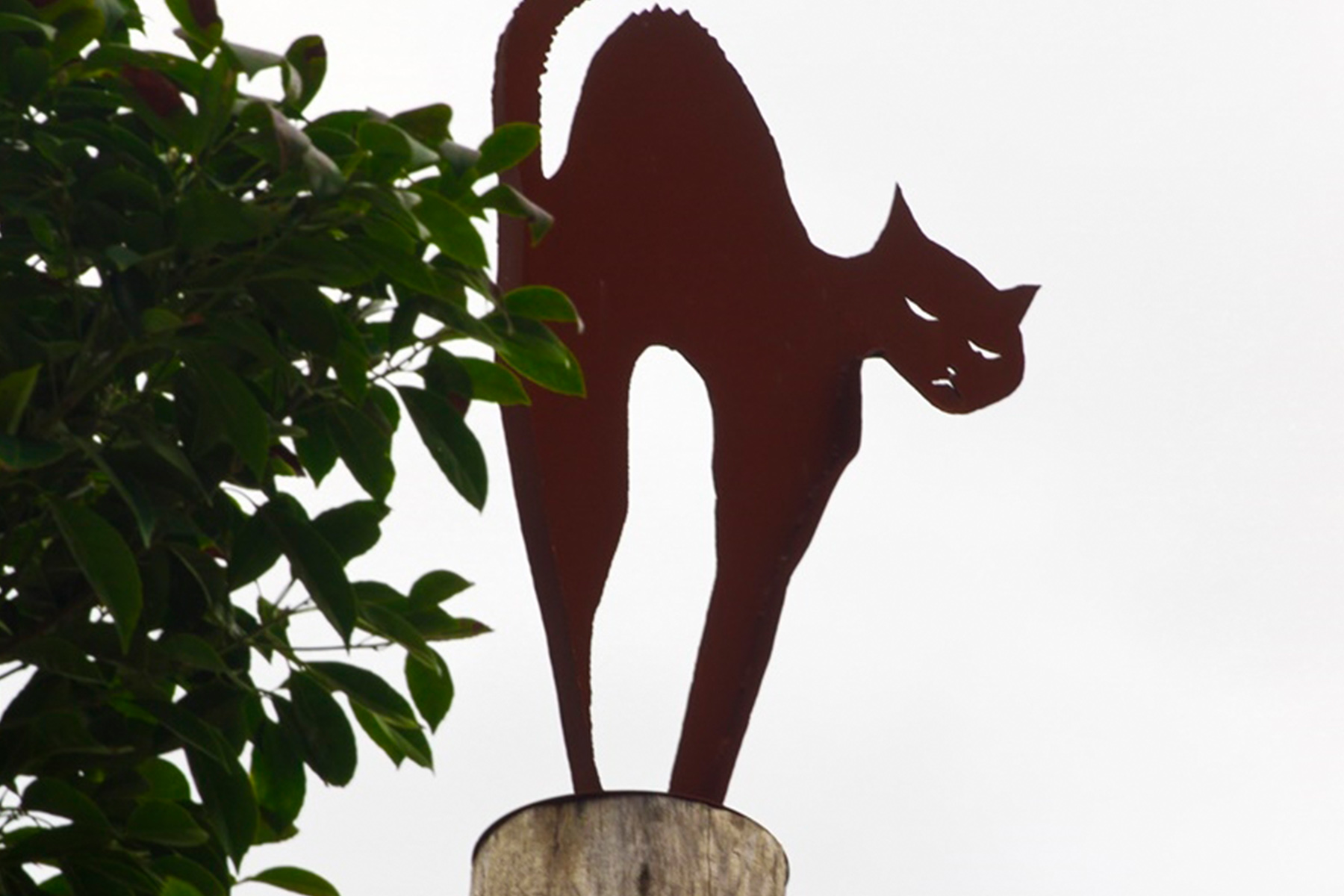 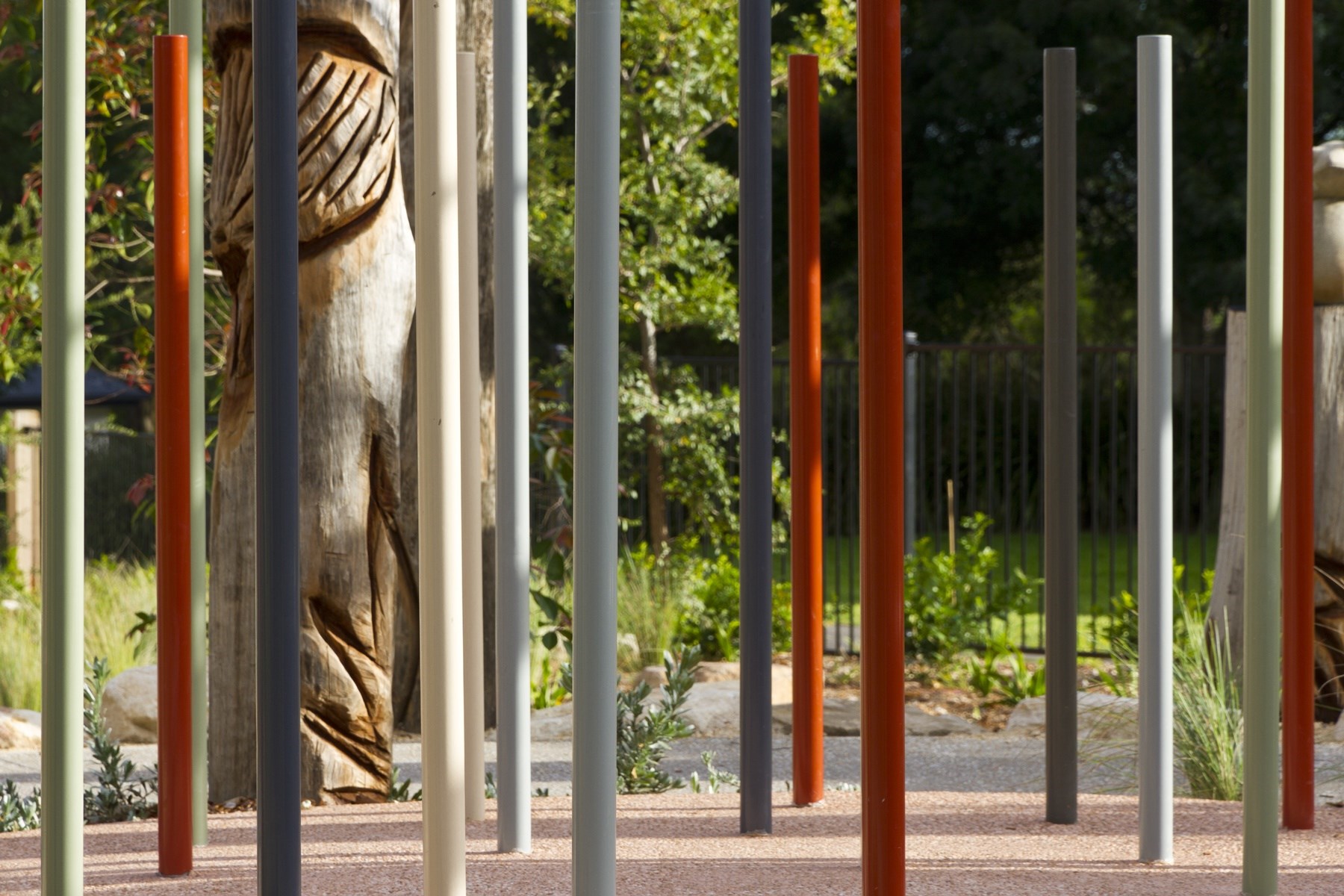 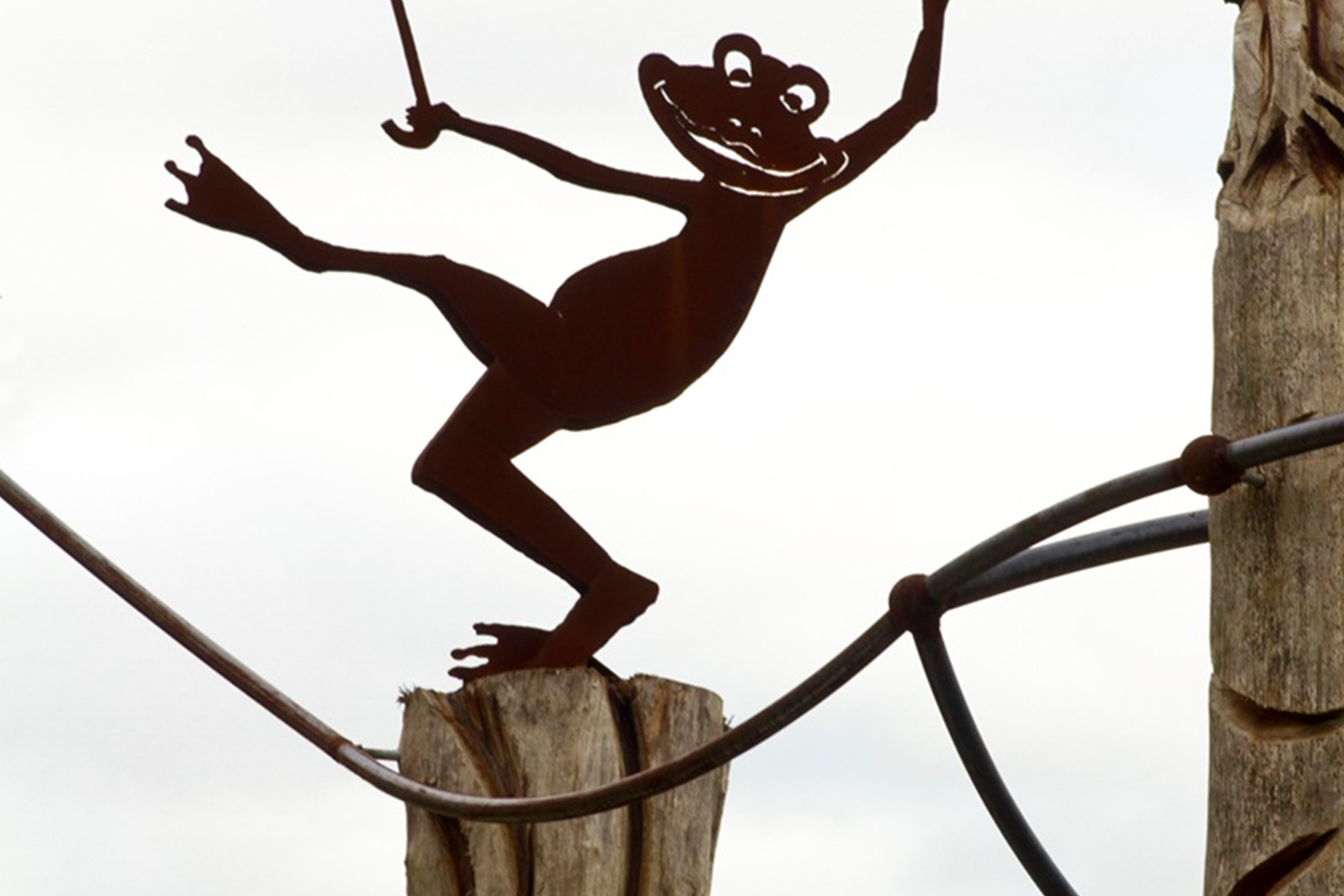 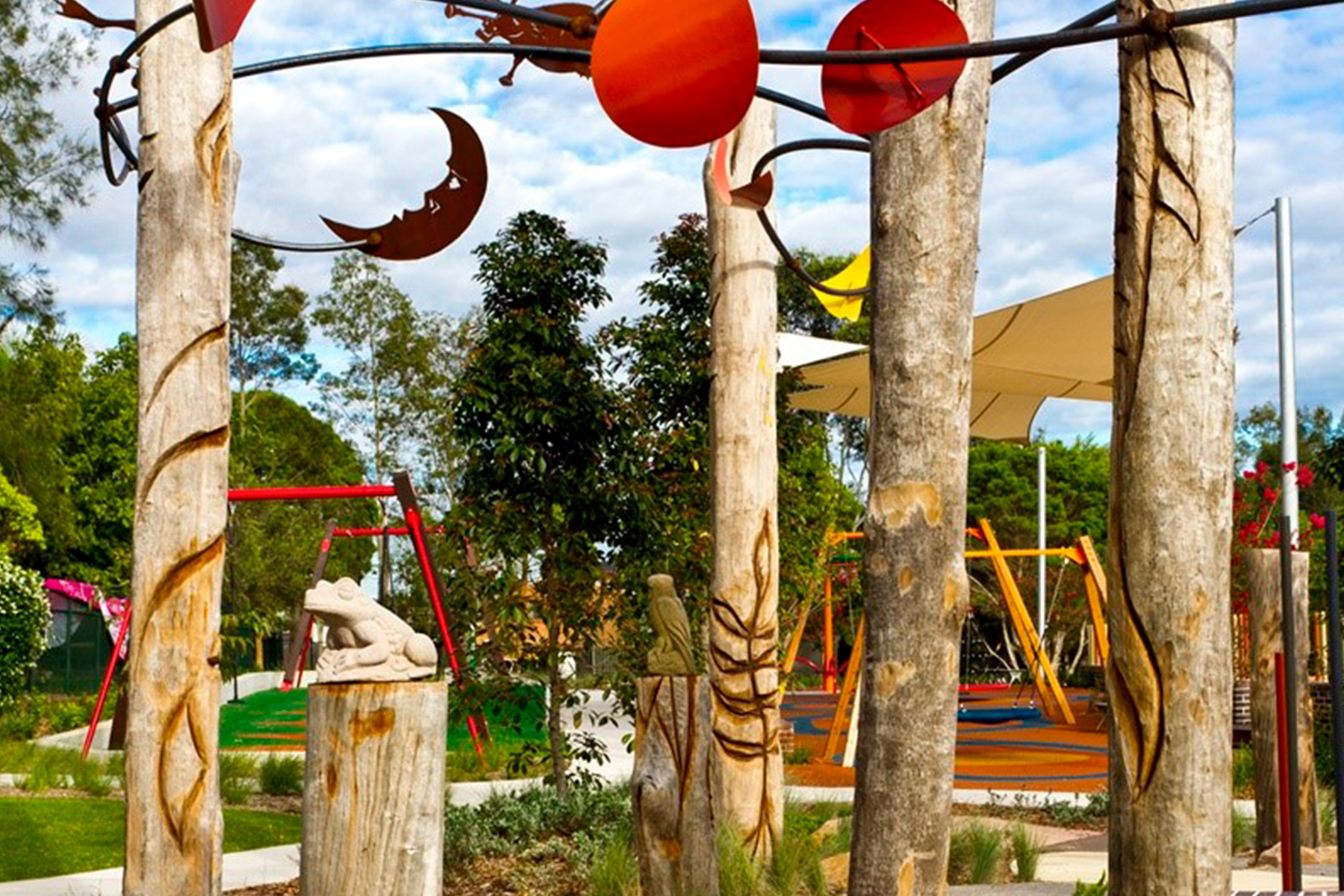 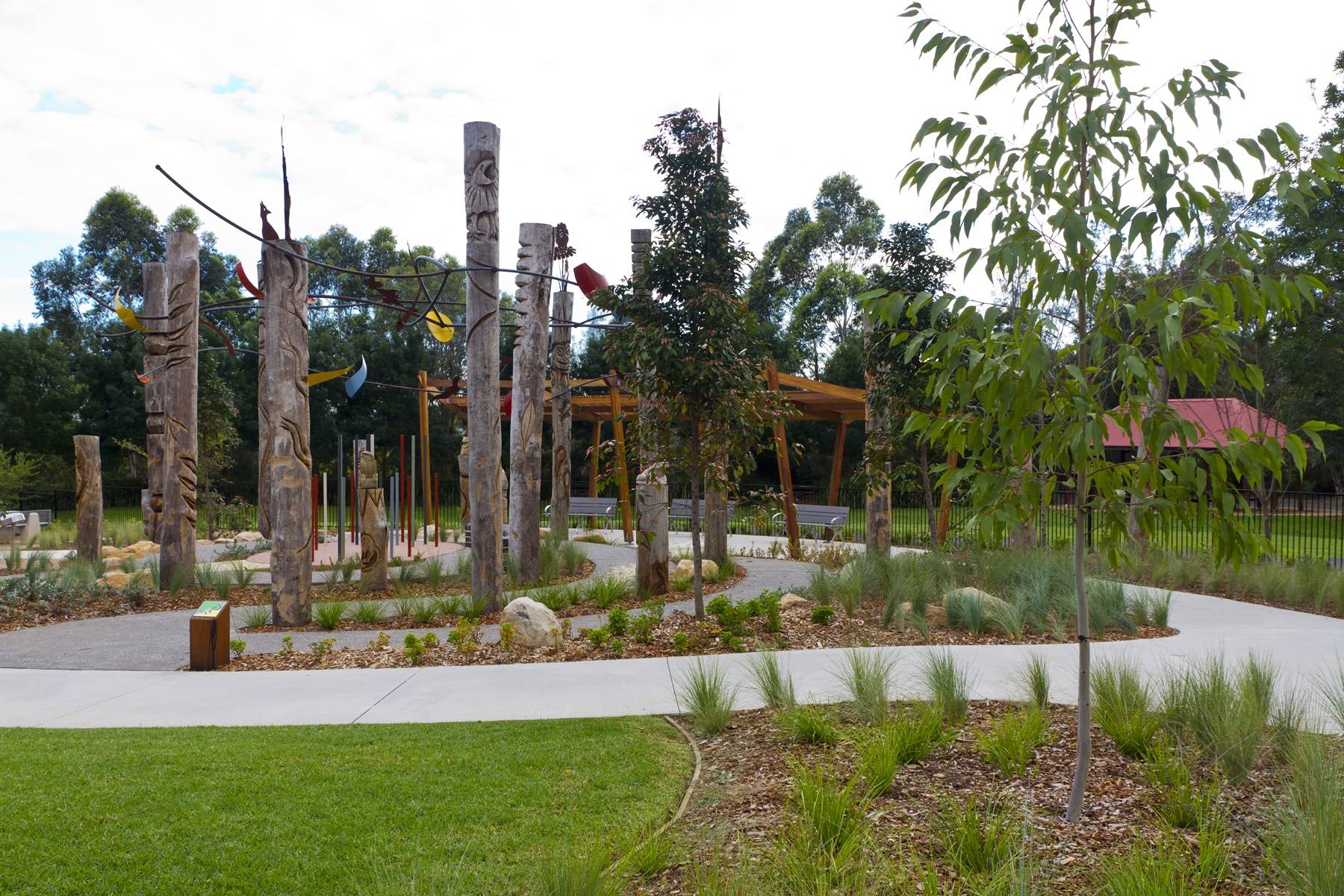 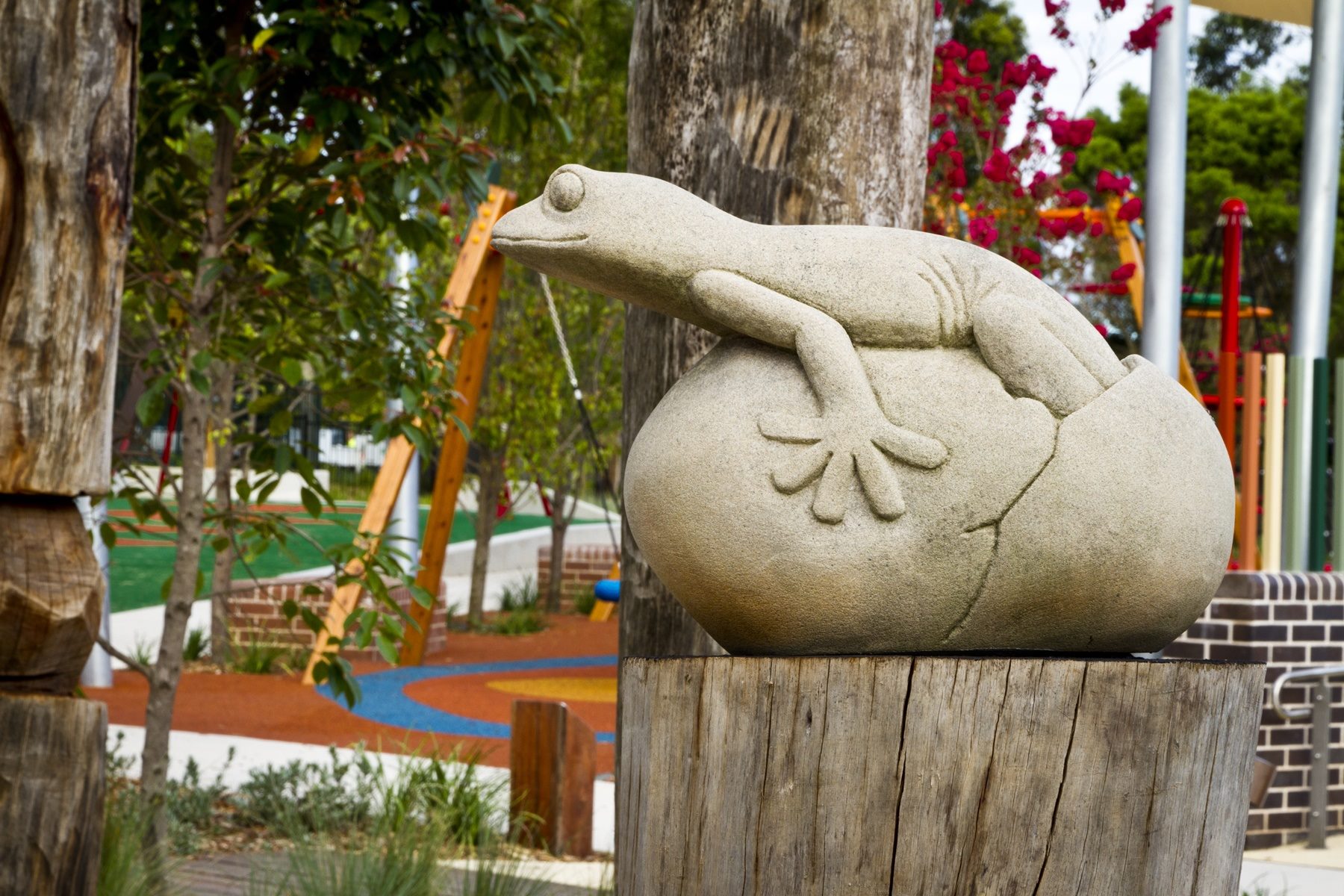 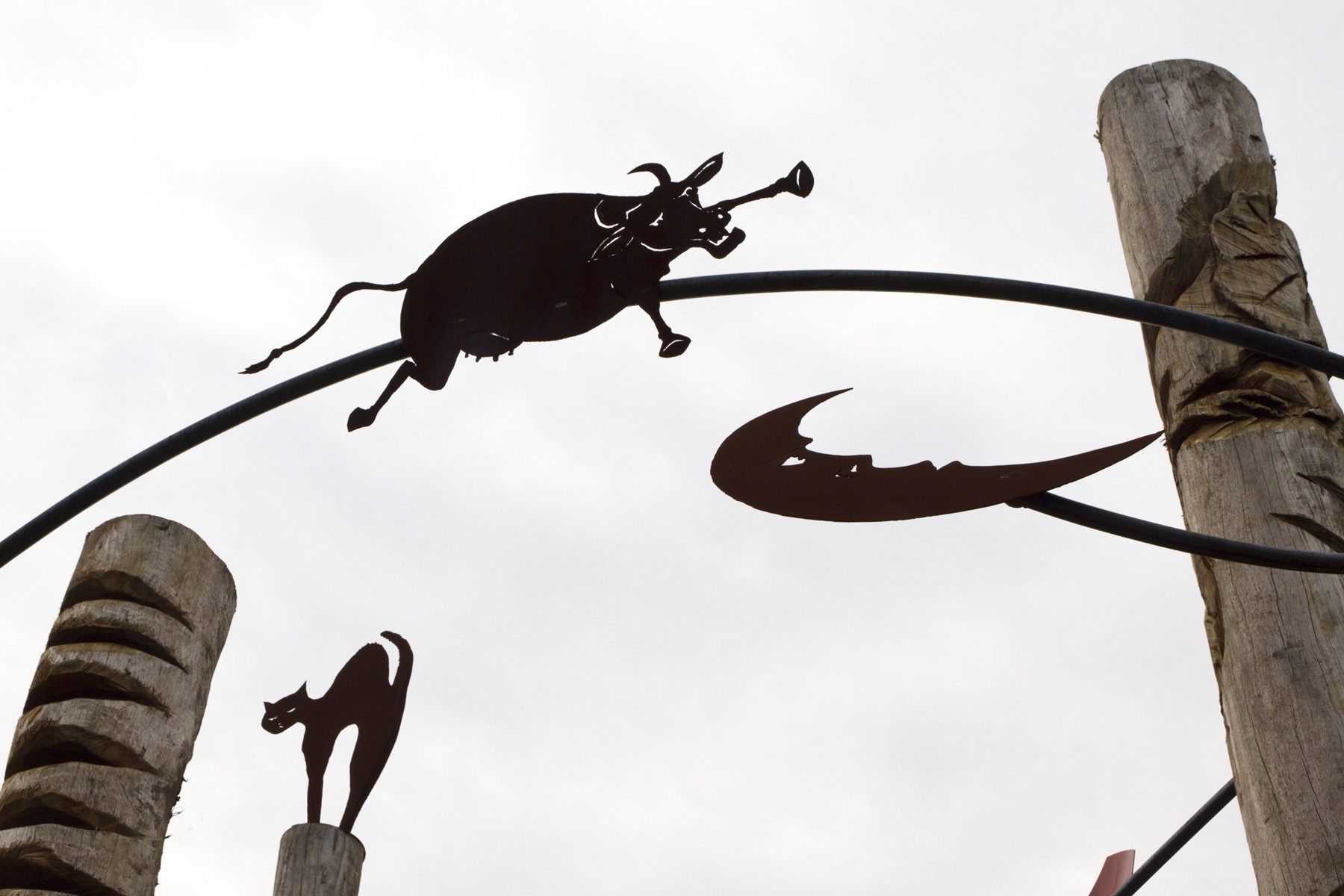 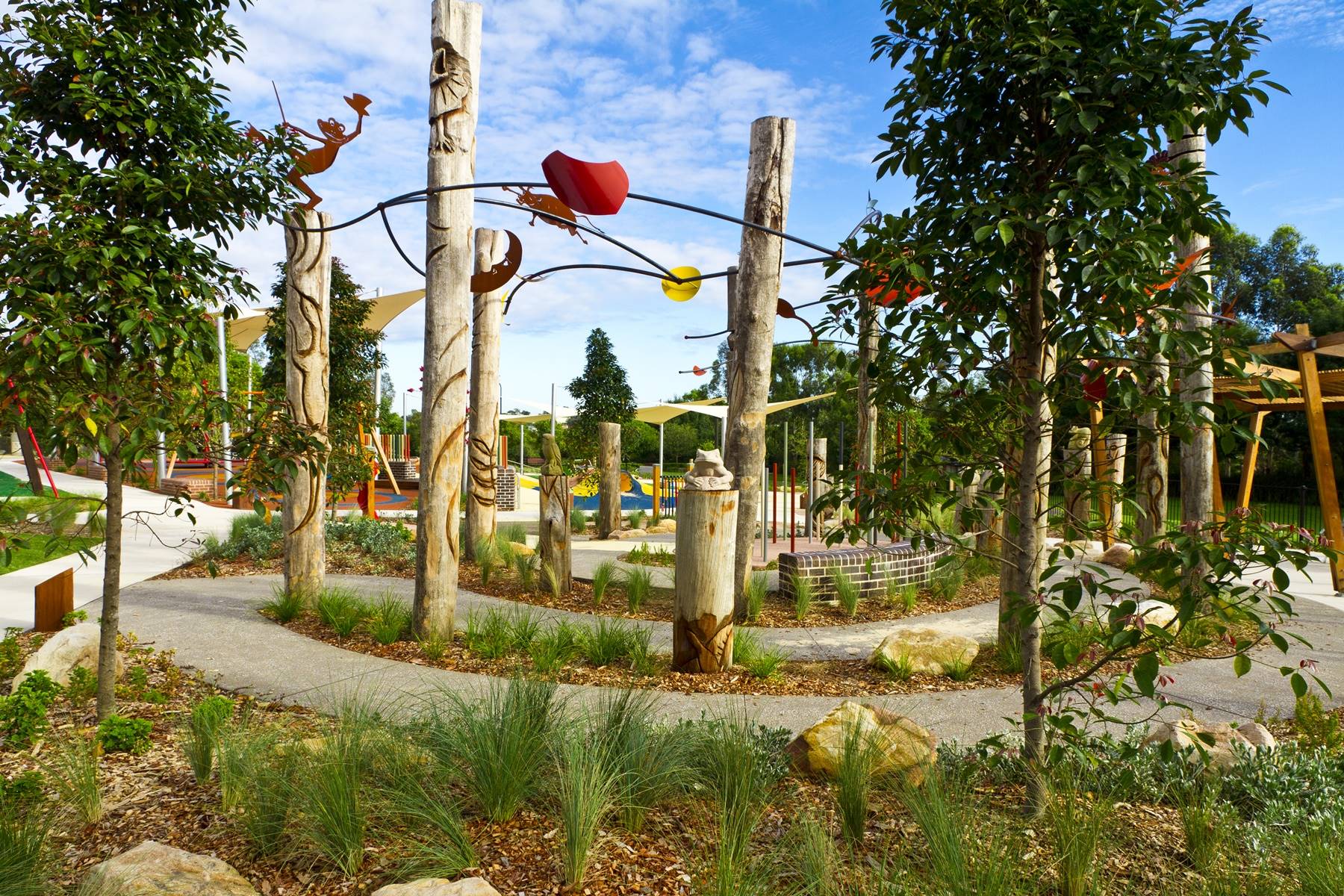 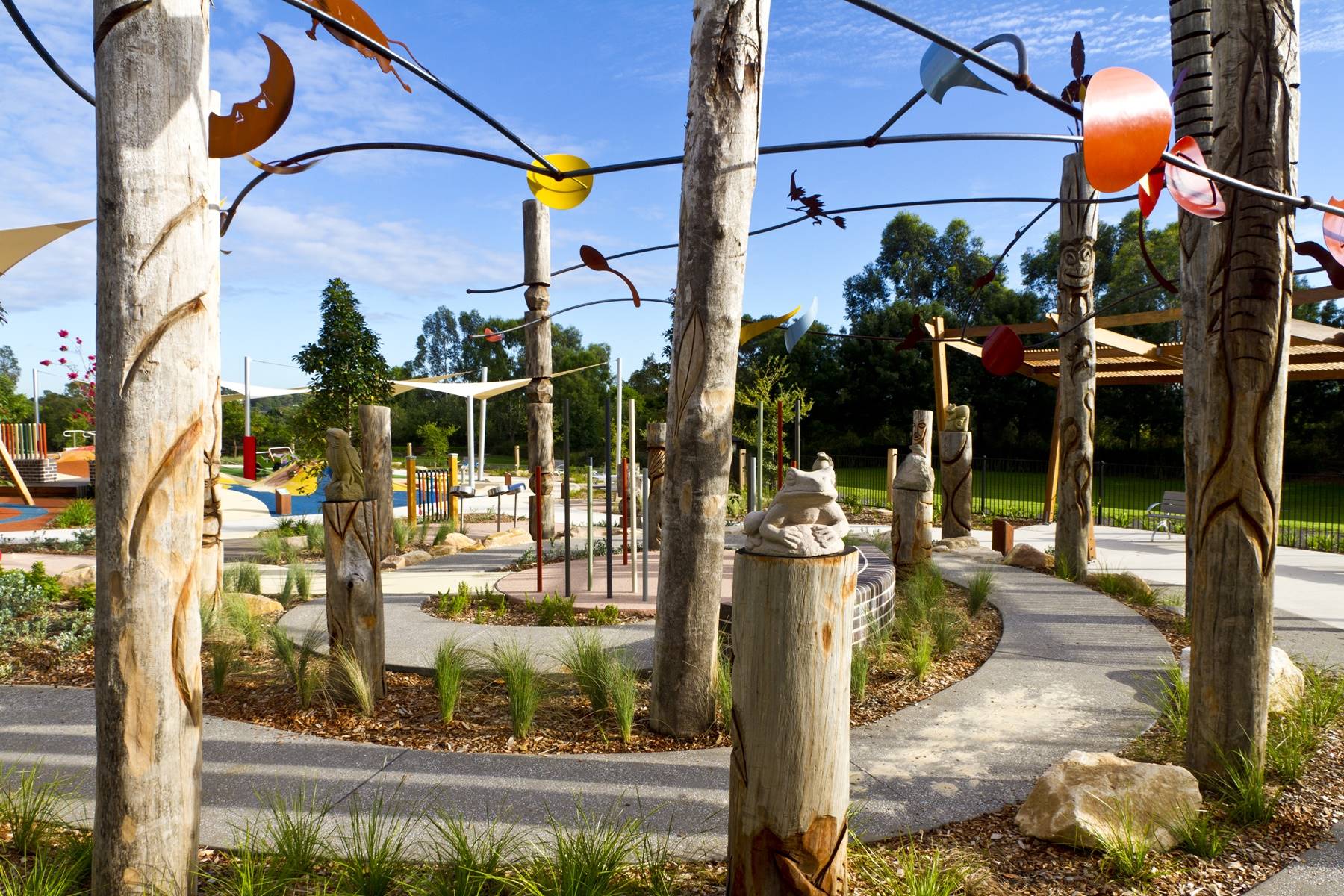 MORE FROM THE IRONBARK PLAYGROUNDS 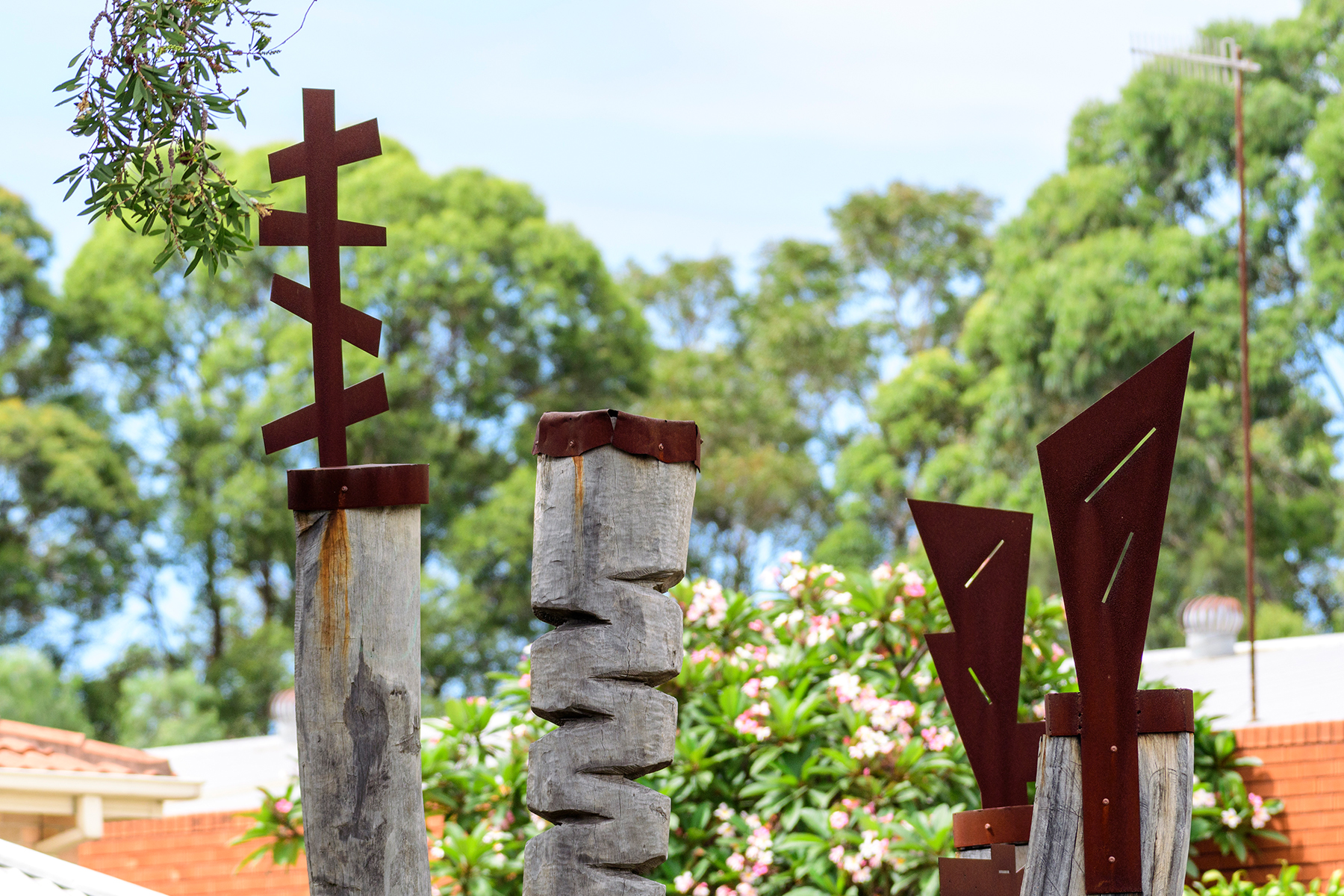 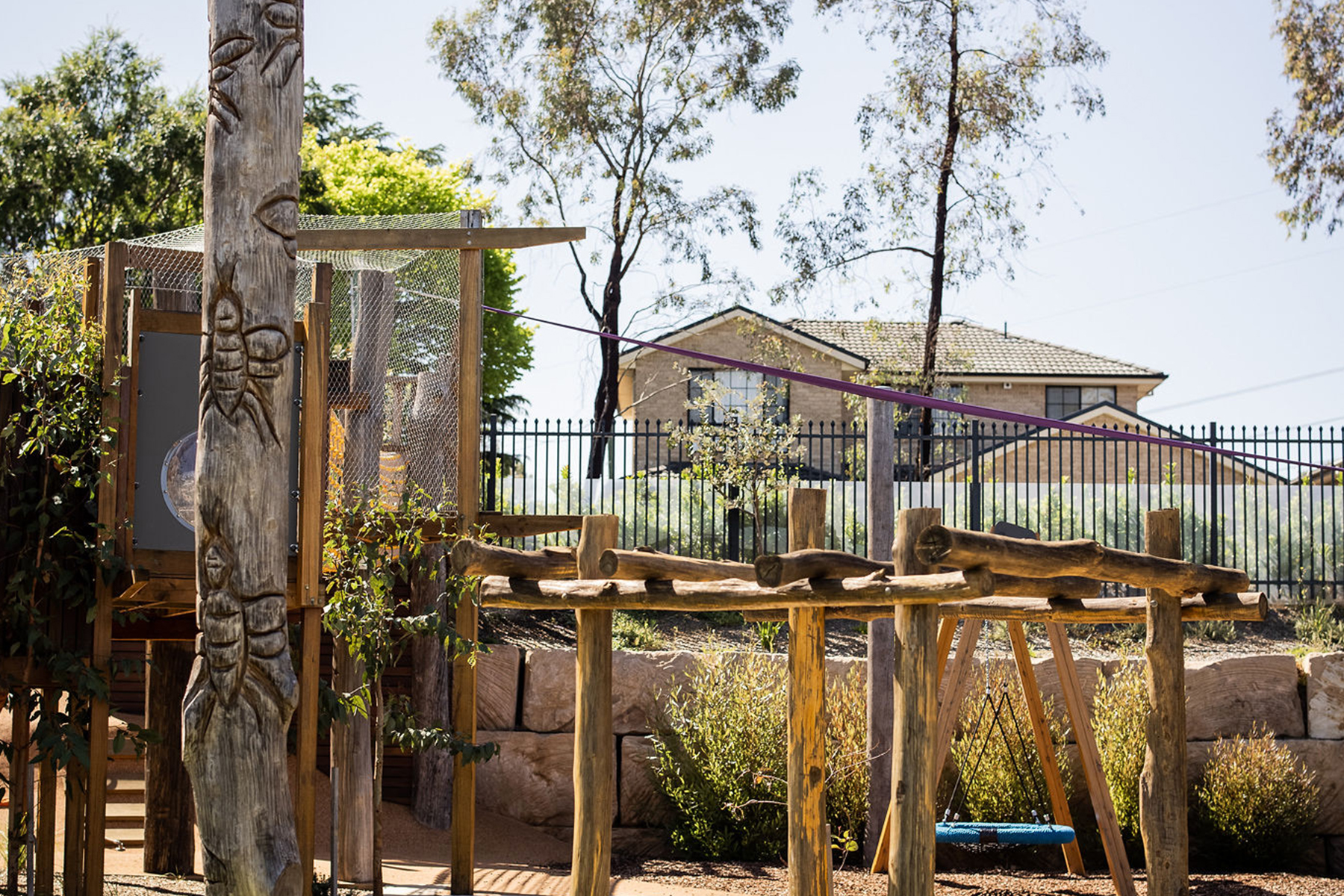 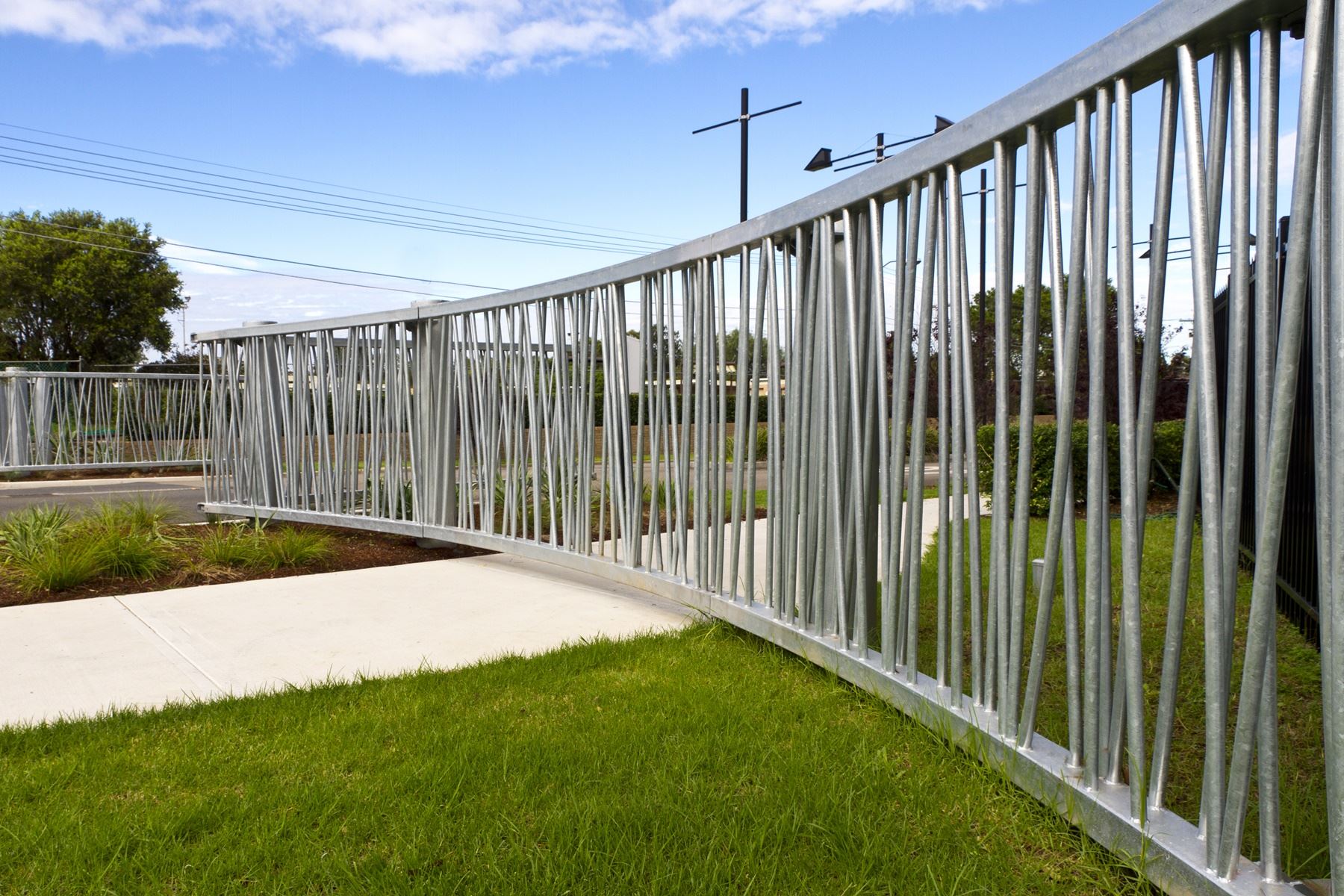 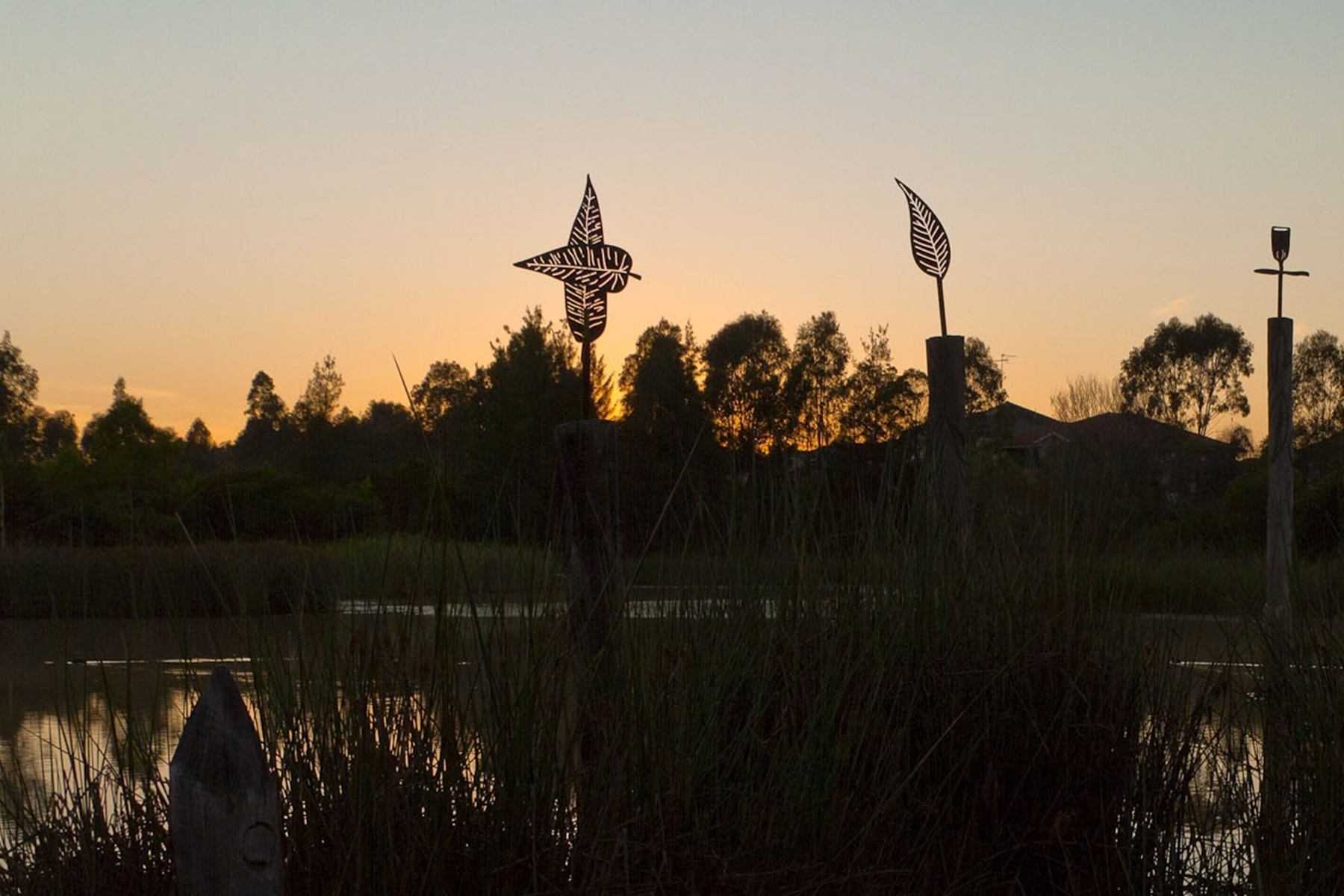 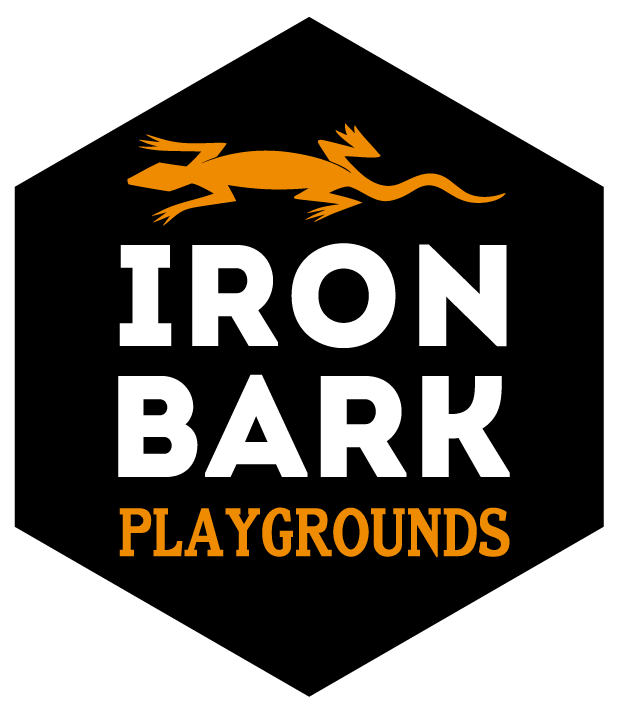